Binho's Flip Flops, entrance to Binho s house 2006. Herbeson Binho Alves Parada de Lucas/Linda Primavera Binho now 27 lived in Parada de Lucas in 2006 he moved to Linda Primavera two years ago partly due to the murder of his father. As with many tragedies in the favela there is still no clear reason for his father's death especially confusing because he had nothing to do with the local drug faction. Binho has been enterprising enough to land himself a job as a digital communications specialist. With a payout from his previous job Binho was able to buy some land in Linda Primavera a suburb just north of Rio de Janeiro his house is the second to be constructed on a street that still has no name. He is currently extending his own house building a house for his brother in law and has plans to also build homes for his mother and mother in law on the same property. Life is much calmer and safer now.
Part of the series Viver no Meio do Barulho (Living in the Middle of the Noise) 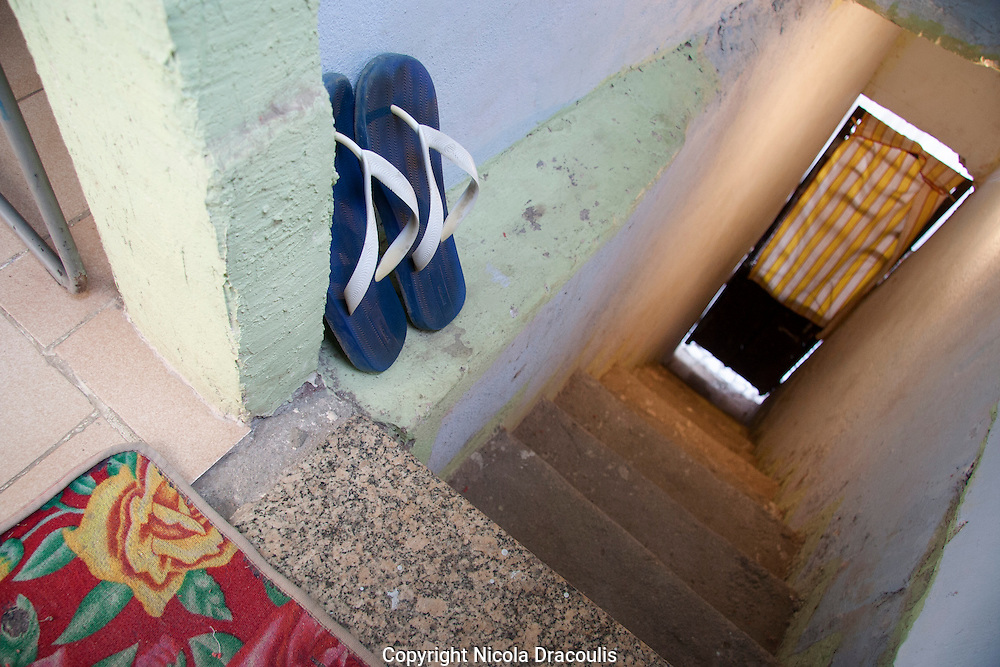