Lecão and Kelly Magalona in Vigario Geral 2006.
Lecão is now 25 years old and lives in the same house in Vigario Geral as he did in 2006 with his mother sister Kelly (pictured here) nephews and nieces. Six years ago Lecao rescued Kelly's youngest son Billy from adoption and raises him as his own. Billy now 6 lives in Lecão's old room and Lecão is applying to be his official guardian. Lecão works as a musician in many bands as well as recently trying his hand at acting. He is working full time on building his career as a musician and entertainer. He wrote the song this project is named after Part of the series Viver no Meio do Barulho (Living in the Middle of the Noise) . 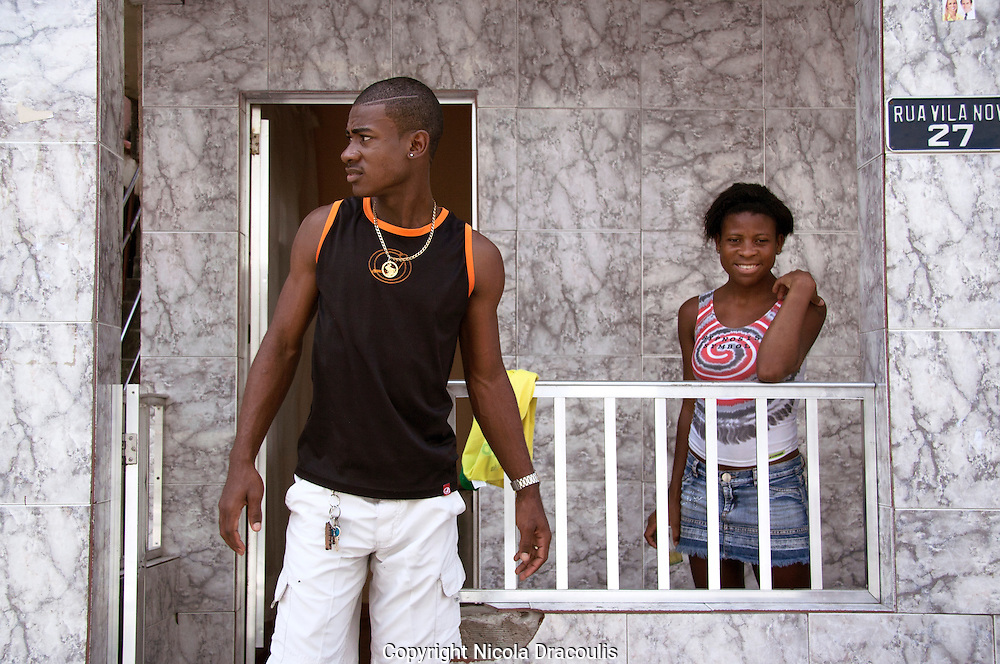