Bebel on a pole Vigário Geral 2006.
Roberto Bebel Monteiro Guimares 1983-2007 In 2006 Bebel was 23 he became a close friend of mine because we worked closely together in two different places. He liked practicing his English with me. He was a thoughtful funny and proud man. His family had suffered a lot of loss and he had overcome a lot of challenges to stay out of the drug traffic look after his family and excel at circus arts. His mother died when he were young and his younger brother Nanao who had been caught up in the drug traffic was tortured and killed by police in 2005. Sadly Bebel died in 2007 from an illness not gunfire. This project is dedicated to him.
Part of the series Viver no Meio do Barulho (Living in the Middle of the Noise) 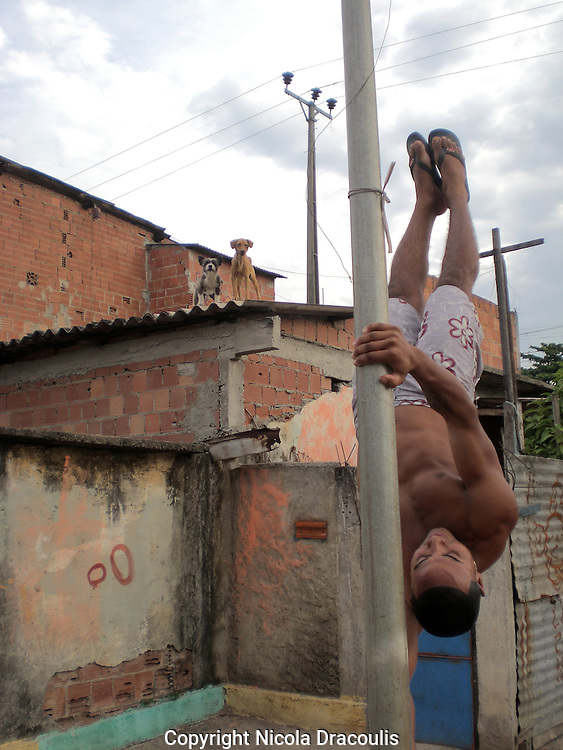