Rafael Teixeira on the streets of Complexo do Alemão, 2006.

Rafael Teixeira on the streets of Complexo do Alemão, 2006.
Now 25, Rafael is living with his wife and 3 year old son in Complexo do Alemao. Rafael has overcome a lot of challenges in his life. In 2006 he had been struggling to stay out of working for the local drug faction he had just raised enough money to replace the roof to the room that he and his mother are standing in. Unfortunately he succumbed to a crack addiction for 2 years until he was helped by AfroReggae and a local church into rehab. He is now working with AfroReggae in Parada de Lucas on a project interviewing and photographing families in the community. He is proud of where he is today and is mainly focused on providing a good life for his wife and children.
Part of the series Viver no Meio do Barulho (Living in the Middle of the Noise) 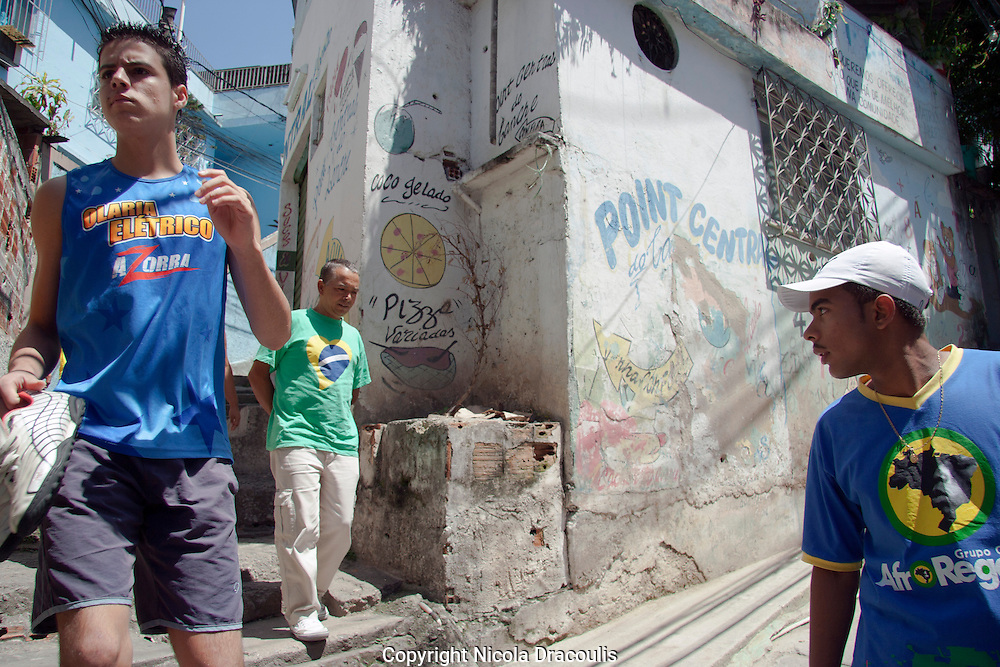