Footbridge entrance to Vigário Geral 2006.
The main entrance to Vigário Geral is via this footbridge. Drug dealers stand on the steps keeping watch for police and enemy factions. Things were fairly tense here in 2006 and had been much worse in the 90 s - it became infamous in 1993 for a mass murder of 21 innocent residents by corrupt police looking for revenge on local drug dealers. Vigario Geral is not pacified (not occupied by police) but it is in 2013 more peaceful since the local 20 year old war with Parada de Lucas ended. It ended because Terceiro Commando (drug faction occupying Lucas) invaded Vigario and drove out the occupying Commando Vermelho. Now one faction occupies both neighbourhoods and so there is no war less gunfights less fear of being in the street fewer days of being trapped inside your own house waiting out a street battle. Part of the series Viver no Meio do Barulho (Living in the Middle of the Noise) 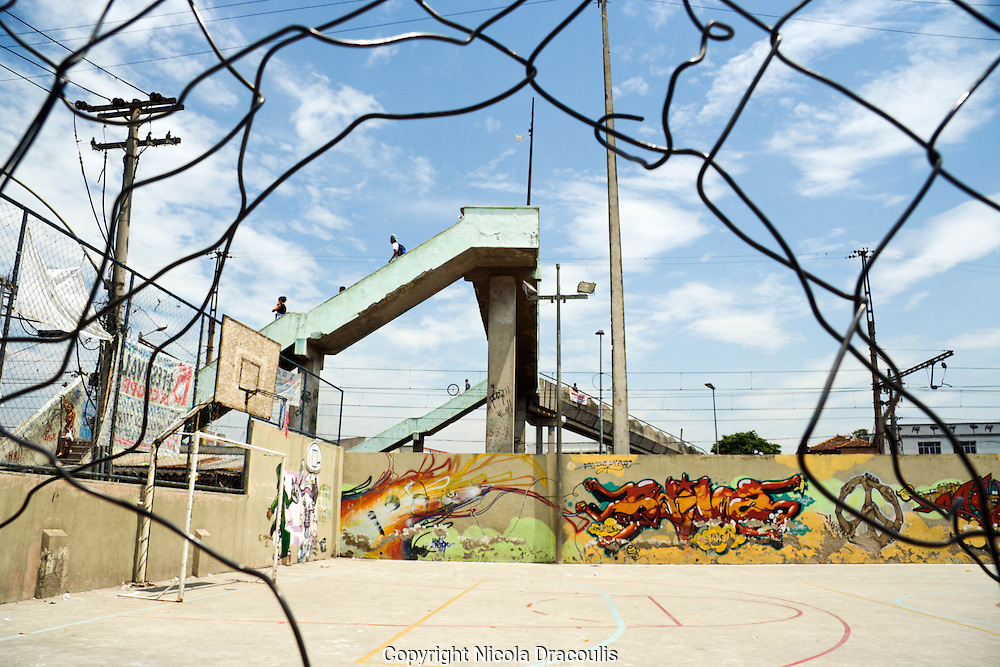